At the University of Memphis where I spoke at the beginning of October in honor of Richard Wright's Centennial, I was able to attend the world Première of Professor Reginald Brown's Performing Richard Wright based on my father's two "flood" short stories: "Down By The Riverside” from UNCLE TOM'S CHILDREN and the lesser known "The Man Who Saw The Flood" published posthumously in EIGHT MEN as well as the "Ethics of Living Jim Crow", the autobiographical sketch preluding BLACK BOY but published for the first time in UNCLE TOM's CHILDREN (1936-38).

The timing of this show and the choice of the stories portrayed by Reginald Brown who teaches the Art of Theatre and Drama at the University of Memphis - are eerily well chosen.

Hurricane Gustav had just swept through and while I toured the South to celebrate my father's Birthday, Katrina, Gustav and Ike became leitmotiv in my speeches as I rewound time back to the 1927 Mississippi floods and their scarring of the sensitivity of the driven nineteen-year old who had already vowed to bear witness to black life as a writer. As I told journalists Scott Naugle and Sean Pittman at the Sun Herald earlier this year: " My father was scarred by water and the 1927 floods. It is easy to write off the poor. He was creating ghosts in the future with his words " (Sun Herald, Feb. 24, 2008).

It is to the credit of Reginald Brown that he has used his art to bring these "ghosts in the future" to the stage, moving, running, falling over waters gone tragically wild, dodging the cinders of lost innocence in total intensity and driven-ness from beginning to end. It is that same intensity which used to stretch my father's sentences so taut with panic and hope, you thought they would break before another breath could be taken - like the relentless breaking of waves on a hurricane tide.

Reginald Brown has us caught up in that tense will to survive, the hallmark reaction to segregation. And survival at all costs was Richard Wright's tempo in his books and between the books.

From the sardonic-sweet humor in parts of “Ethics” to suspense mounting like a tide in the flood stories, Reginald Brown pulls us into the tempo of flight and fight none of us are foreign to, if only in our nightmares.

It is the mark of a deeply intelligent actor that Reginald Brown has us wondering if he, himself, will indeed survive the tortuousness of the waters he makes visible to us on stage - and the torture of the white men who need to be saved by black men before they can afford to kill them.

And yet with all his old-soul protagonism, Reginald Brown, much as my father, much as each man-child out there, has an inner child still afloat in him and the actor he is knows how to keep the public in touch with this child from beginning to end - from teenager cinder fights to the inability to be born in the tumult of the flood.

Reginald Brown mingles the many facets of Wright in his one-man cluster of heroes- from the autobiographical Wright to the fictional man called Mann, to the father called Tom who comes home after the flood to silt and debt, fertility without hope.

In this Centennial Year when Wright's UNCLE TOM'S CHILDREN is the Mississippi Reads selection for 2008, this is a MUST-GO show for those who have grown up reading Wright, for those who pass him on and teach him and for children as young as 10 to 12 years whose empathy with the inner child will make them eager to discover the writings of the "Man Who Saw the Flood" way before they saw one.

A deeply moving time-bubble of an evening.

"Brown is bluster, tease and challenging intensity as he delivers mightily..."

2008 Ostrander Award Winner
(Celebrating Excellence in Memphis Theatre) Leading Actor in a Drama for the University of Memphis production of Animal Farm.

"Reminiscent of James Earl Jones in stature and vocal authority, Memphis newcomer, Reginald C. Brown is a thoughtful Duke, inwardly distraught by his inability to control vice in the morally corrupt Vienna."

"Brown's richly shadowed performance as Richard reveal an actor capable of portraying the character's many self serving moods."
Phil Cornell
The Courier News

"Brown's is the most complete transformation of actor into character I've seen in Shakespearean theater.  He combines the majesty, the lofty distance, which Shakespeare's language requires of a prince and king such as Richard with immediacy, the sense of real presence as a person...he is villainy personified."  Also, "My favorite production this season, hands down, was Richard III...I will remember Reginald Brown as Richard III for the rest of my living days."
Steven Davison
The Home News

A RAISIN IN THE SUN

Fifty years after it premiered on Broadway, "A Raisin in the Sun" holds up especially well.

The progress made in civil rights in half a century are enormous, but this tale of a family doing the best it can to make things better carries a timeless quality.

The Lorraine Hansberry drama, performed at Germantown Community Theatre, spotlights the African-American Younger family and its ambitions. Mama Lena is the matriarch who rules gently but firmly over her medical student daughter Beneatha, impulsive son Walter Lee and his wife, Ruth, and their son, Travis. They all want something better in life, including moving out of the sorry Chicago apartment they've put up with for years.

The opportunity comes in the form of an insurance check for $10,000 that Mama is receiving after the death of her husband. Each member of the family has a notion of how to spend that money -- Mama wants to move to a house, Beneatha needs funds to finish medical school and Walter Lee aches to quit his job as a chauffeur and start his own business.

The cast -- many of whom are first-timers at the theater -- is a strong ensemble with some terrific performances.

Precious J. Morris is strong as Mama trying to keep the family in check and Morgan Malone as Beneatha is sharp as the acerbic daughter. Jarron Robinson, channeling Sidney Poitier, deftly takes Walter Lee through his agonies of spirit, greed, ambition and maturity. And Andrea Cash as Ruth is amazing in her quiet intensity.

The set is designed exactly as it needs to be, and thanks again to Bill Short for getting it right.

This is a notable success for Brown and the theater.

Nothing says Halloween like a tall, fanged man in a long black cape. And costumed revelers who want to extend their spook-day celebrations into November may wish to check out the closing weekend of Hattiloo Theatre's solid production of Bram Stoker's Dracula.

Playwright Steven Dietz made a name for himself with the absurdist AIDS play Lonely Planet and earned critical plaudits for God's Country, a hard-hitting look at hate crimes in America. His take on gothic literature's most famous bloodsucker is far less serious than previous endeavors, mixing humor and horror in equal measures. Dietz's Dracula has less to to do with blood and bats than it does with seduction and a community's response to the sudden, scientifically inexplicable darkness that overtakes it.

Veteran actor Tony Anderson, known for powerful performances in shows like Master Harold... and the Boys and My Children! My Africa!, takes on the role of doctor-turned-vampire-hunter Abraham Van Helsing. Reginald Brown, an assistant professor of theater at the University of Memphis and co-founder of Newark, New Jersey's Ensemble Theater Company, directs.

THE ERMINE
"The result is driving, often poetic drama with a hard focus on its overriding theme of greed and its personal costs."
Steven Davison
The Home News

"Brown's direction is neo-Expressionistic.  Outsized psychic eruptions are illuminated only by candles and flashlights, half visible policemen wear harlequin masks, and the murder is represented by a sexy skeleton dance.  It's effective."
Bob Campbell
The Star-Ledger

A  MUST-GO ONE MAN-SHOW, “PERFORMING RICHARD WRIGHT” BY REGINALD BROWN. 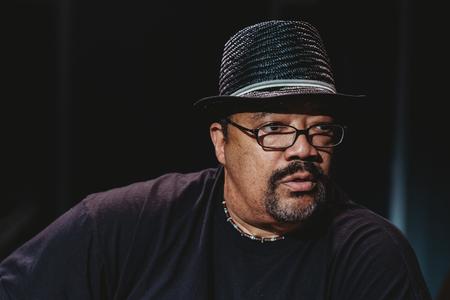 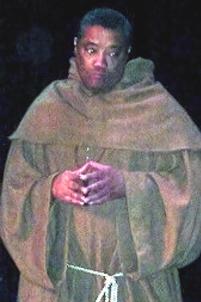 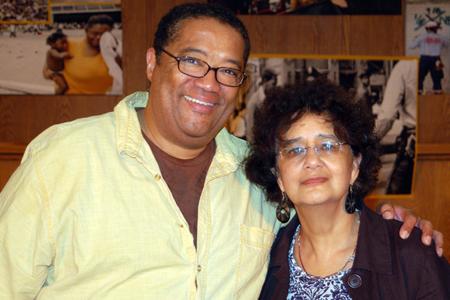 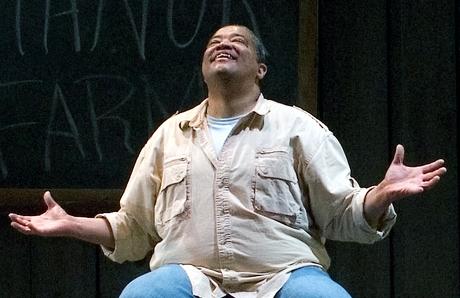 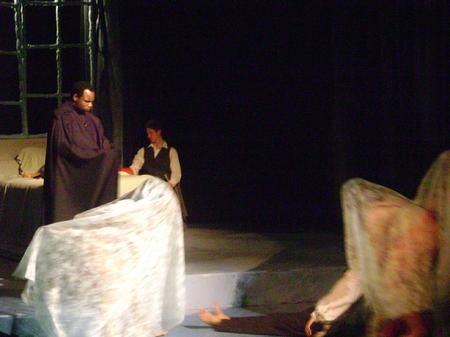 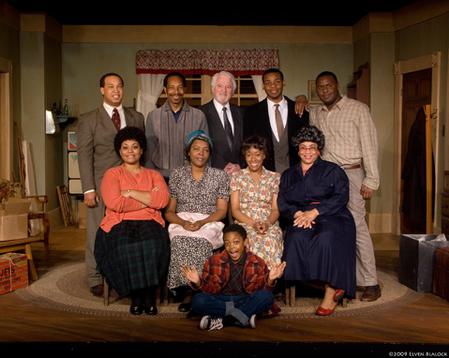