Past appointments have been at Virginia Commonwealth University, the University of Memphis, and Austin Community College. 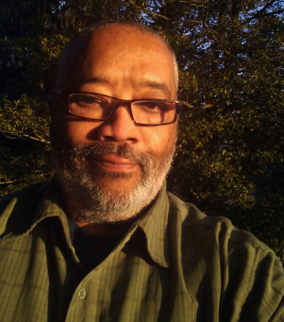 I currently reside in Pennsylvania, and recently presented the state’s premiere of my solo performance piece, Performing Richard Wright at the Steel River Playhouse.  I relocated from Austin, TX where I appeared in productions of "As You Like It" (Duke Senior / Duke Frederick), "The Invention of Love" (Pattison), "The Taming of the Shrew" (Hortensio), "Medea" (King Aegeus), and "Macbeth" (Banquo), for Austin Shakespeare, and "Water by the Spoonful", for Austin Community College, and "Perfect Mendacity", for Street Corner Arts Theatre Company.  I am a member of Actors Equity Association and a Screen Actors Guild eligible candidate.  I was a Co-founder and Co-Artistic Director of Ensemble Theatre Company of Newark, NJ from 1981-1996.  Ensemble Theatre Company's mission was to provide professional theatre for the community focusing on telling stories associated with the African-American experience.  Ensemble Theatre Company not only produced plays by African/African-American playwrights, but also produced adaptations of novels and short stories written by African/African-American writers, as well as, the re-staging of classics by Shakespeare and Sophocles in a way that addressed its mission.  I was blessed to be able to do a lot of wonderful work with Ensemble as an actor and as a director.  My performance as Richard III was heralded as the best of the season.  It has been my great fortune to be able to perform with some wonderful regional companies, like Crossroads Theatre Company, The George Street Playhouse, 12 Miles West, in New Jersey, AMAS Repertory Theatre, in NYC, and The Delaware Theatre Company in Dover, Delaware.